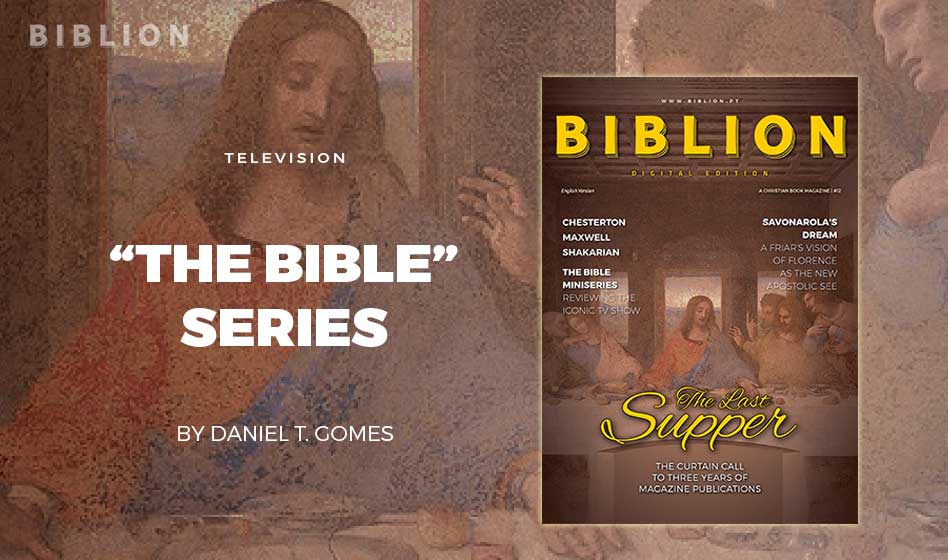 AN UNEXPECTEDLY SOPHISTICATED AND (MOSTLY) ACCURATE DEPICTION OF GOD’S WORD

Ever since The Passion of the Christ, the vast majority of films and TV series on biblical stories have failed to make an impact on mainstream audiences. Usually directed by small, independent companies with scarce resources and cast options, these projects have next to no chance of competing with Hollywood’s blockbusters and all their star power and enormous budgets. For years, it seemed that religious entertainment was confined to a niche market, that epic feature films and series belonged in the past, as mere antiquities in the history of motion picture.

And then The Bible series came out.

Rumors first began to appear in 2011 that a large-scale production centered on biblical stories was to take place in the following year. This production, spearheaded by reality show producer Mark Burnett and his wife, actress and producer Roma Downey, would be a 10-hour miniseries broadcast on the History Channel. Back then, this was already huge news to Christian entertainment, since most TV series derived from the Bible would not find airtime outside of select Christian broadcasters or other alternative media outlets. But the Burnett-Downey couple had not only managed to show their product on a well-known TV channel; they claimed this new show was going to have “the biggest audience History has ever had.”

Fast-forward two years, and The Bible series is a resounding success. Despite critical reception being barely average, the show opens to an exceptionally high number of viewers. Millions of people craving for a visual depiction of the biblical saga worthy of their time watched the weekly show, which led TV ratings for its scheduled time. Boasting of a talented cast, excellent location shoots and resources that only a company such as the History Channel could provide, The Bible proves to be a solid work of entertainment. It is clearly able to use creative license without losing its reverence for the Scriptures, as is the 2014 feature film Son of God, based on the miniseries. While mostly an amalgamation of the series’ last five episodes, the movie makes nearly $70 million against its $22 million budget. It is now evident that people want to see more Christian movies whose quality can compete with bigger secular productions.

The extraordinary ratings of the miniseries and its subsequent film do not go unnoticed by Hollywood. In fact, a sort of “Renaissance” of the epic religious genre takes hold of several studios, sparking a number of feature films set to make the most out of this fad. Along with Son of God, the year of 2014 saw the release of Noah and Exodus: Gods and Kings, two movies loaded with all the special effects and star power of a top quality A-movie, but which stray all too clearly from the religious source. While not as big as The Passion of the Christ, both movies are still box office hits and prompt the production of feature films deriving more or less from Christian themes and works: a reboot of Left Behind (2014), Last Days in the Desert (2015), a reboot of Ben-Hur (2016) and Risen (2016), to name a few. While most of these are far from true representations of the Christian faith, they succeed in the box office for the most part, showing that religious-inspired drama lives yet again.

Still, none of these productions achieve the canonical accuracy of The Bible. Even though the miniseries employs some level of scripted adaptation to the literal story, it respects the current interpretation of its source by Christian standards. Unlike some of these silver screen hits, the producers of The Bible sought out several pastors, theologians and evangelists for their input. Even though the series omits or changes several events of a given story, the exegesis is present, and the general idea of said passage remains identical to Christian interpretation – something that is lacking in Hollywood’s blockbuster adaptations. With a degree of excellence rarely seen in religious drama since the epic feature films of the 1950’s, The Bible is certainly a series worth watching for those who want to experience the famous stories of God’s Word on their screens.

Daniel T. Gomes is a graphic designer and content writer from Lisbon, Portugal. He currently serves as Biblion’s Assistant Editor, having played a crucial role in the magazine since its inception. He is also a self-published author and one of the hosts of the biweekly Broklahomies Podcast.

DEVELOPING THE LEADER WITHIN YOU 2.0 – JOHN C. MAXWELL 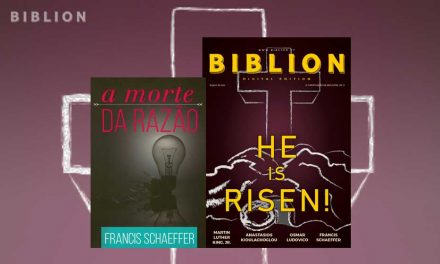 EDITOR’S PICK: When Is It Right to Die? – Joni Eareckson Tada