MIROSLAV VOLF: THE END OF MEMORY 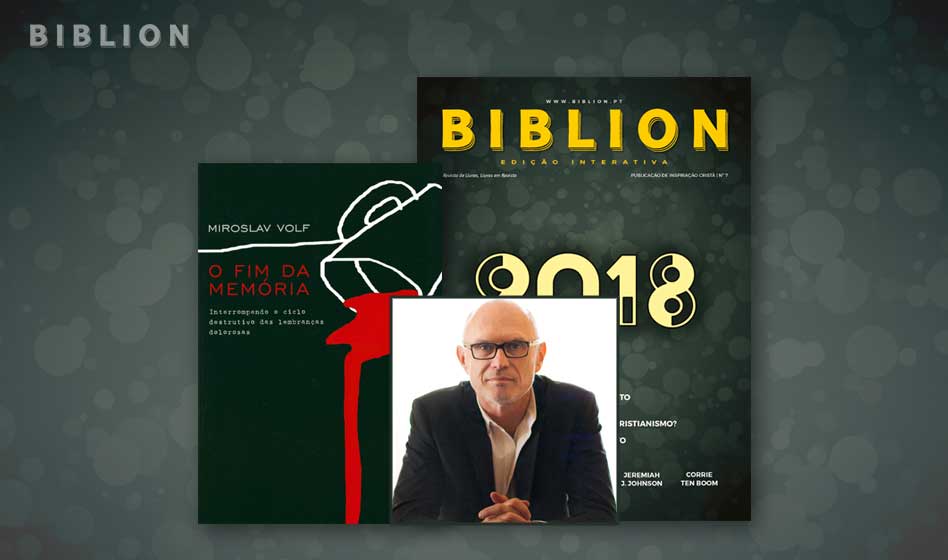 REMEMBERING RIGHTLY IN A VIOLENT WORLD

Miroslav Volf, one of the most renowned theologians of our time, brings us a message of forgiveness and reconciliation extremely relevant to these days. Based on his experiences in ex-Yugoslavia, Volf debates people’s attachment to their memories, especially the most painful ones, and suggests a way of finding peace and put an “end to memory,” so to speak.

THERE IS AN EXPRESSION closely associated with the events of September 11th: “(We Will) Never Forget.” The tragedy that hit the United States on that fateful day was such that the American citizens, and the whole world in a way, refuse to let go of that memory, even though it is such a painful one. After that day memorials were built, and measures were taken so that an act of terrorism such as that one would never take place again. The day itself became an official day of mourning and remembrance – the Patriot Day. I doubt anyone could forget what happened with all this, even if that person wanted to forget.
Nonetheless, there is one question that goes almost unnoticed with all this emphasis in not forgetting: Why not forget? Why continue to remember such a bitter and harsh event to us? What is the final purpose of keeping this wretched memory alive? Is it simply to remember those who perished? Is it to forgive this uncanny offense? Or is it to perpetuate the fear and the violence? While most people agree we shouldn’t forget such a dire atrocity, public opinion is not as unanimous as to why we shouldn’t forget.
This is one of the reasons why several parts of world face a political and/or social crisis today: ex-Yugoslavs that have not forgotten the brutalities of the 90’s, African-Americans that have not forgotten the times of segregation, Irish that have not forgotten the violent confrontations between Catholics and Protestants, Jews that have not forgotten the terror of the Holocaust, and so one. No one dares to forget.
Miroslav Volf is not a stranger to tragedy. He too went through very rough times in his life, and this book is partly based on one of his worst years. In the communist regime of Yugoslavia, the theologian was called to serve in the military at Mostar, where he spent a year being constantly interrogated. It was one of the most scarring experiences in the life of the Croatian theologian, whose connections to religion and to capitalist America made him a suspect of espionage and subversion, and subsequently a target to extensive and dehumanizing “talks” with one of the ex-Yugoslav officials. Volf talks about the way the captain made that year a living hell to him on this book, and how he undermined Volf ’s trust in his comrades as he sought evidence to incriminate the theologian.
Nevertheless, The End of Memory is not just a recounting of the torment Volf went through in Mostar; it is the full stop to that torment. Even though the experience lasted only a year, its remembrance persists in the theologian’s heart ever since, and he recognizes it has changed him forever. Volf acknowledges how difficult it is for him to move on, to forgive and to be reconciled with the memory of that captain who scarred him in an indelible way – but he recognizes that as an inevitable step to his happiness and his walk with Christ, and shares with the reader everything he knows about how to remember in this book. Aware that our memory can as easily be a sword as it is a shield, the theologian states that abandoning the recollections of the injustices we suffer is sometimes beneficial and essential to the process of redemption. He highlights the role of voluntarily not recalling these memories – the remembrance is not erased, but remains ignored by our consciousness – as a vital tool of reconciliation and a very similar method to that of God’s judgment, which knows the sins of His people yet will remember them no more (Jer. 31:34).
The End of Memory is not exactly easy to understand; the theme’s interpretation can be somewhat wearisome, yet its message of forgiveness and love when it comes to knowing how to remember injustice knows no peer. This is a book that the whole world needs to read and let its content teach us to treasure the power of grace and reconciliation.

VOLF AND…
“ON THE FREEDOM OF A CHRISTIAN”

One of Volf’s inspirations in the execution of this work was the treatise by Martin Luther that Biblion translated to Portuguese in celebration of the 500 years of Protestant Reformation. Volf covers “On the Freedom of a Christian” in the final chapters of the book, praising how Luther understood redemption and the Christian status in Christ and to his neighbor. The Croatian theologian reflects on the importance of the Christian to live by faith in Christ, not to himself but to others, in love. He also examines how God is a key part of the Christian identity, a subject deeply connected with our article on the book “All Together Different” (Read article).
A Liberdade Cristã, our translation of Martin Luther’s treatise, can be purchased in print, PDF or eBook format (here). 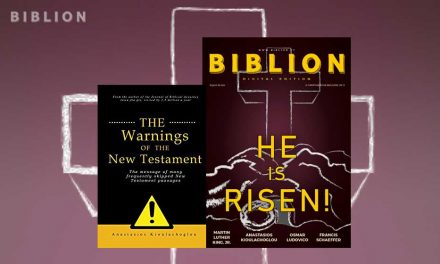 FEATURED AUTHOR: THE WARNINGS OF THE NEW TESTAMENT – ANASTASIOS KIOULACHOGLOU 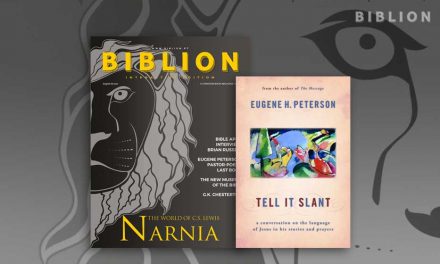 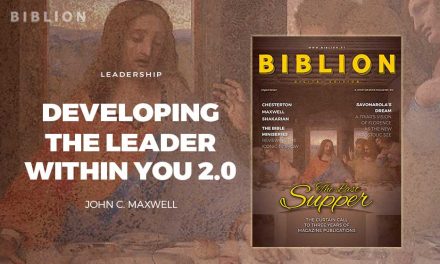 DEVELOPING THE LEADER WITHIN YOU 2.0 – JOHN C. MAXWELL